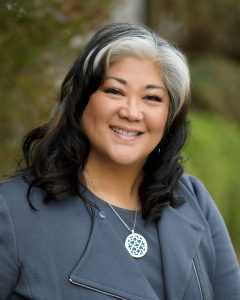 Ditas Katague is the Director of the California Complete Count – Census 2020 Office, the outreach and communications campaign to ensure a complete count of the hardest-to-count Californians. In 2019, she was recently recognized in the Capitol Weekly’s Top 100 most powerful movers and shakers in California politics. While serving under four California Governors, she has led California’s Census efforts since 2000. From 2012-2018, she served on the U.S. Census Bureau’s National Advisory Committee (NAC) on Race, Ethnicities and Other Populations, including serving as Chair from 2015-2018. In 2010, Katague served as the Director of Governor Arnold Schwarzenegger’s Census 2010 project. In 2000, as Chief Deputy Campaign Director for the Governor’s Census 2000 California Complete Count campaign, she led a groundbreaking multi-lingual, multi-media outreach effort that resulted in a mail-in return rate that outpaced the entire nation. She is an expert in multi-ethnic outreach and civic engagement. Ditas most recently served as Chief of Staff to the California Public Utilities Commissioner Catherine Sandoval where she improved public participation and access to the energy and telecommunications utility rate and regulation process. Since 1998, she has served on the Sacramento Center Advisory Board for the Sol Price School of Public Policy, University of Southern California. She holds an MPA from USC and a BA from UC Berkeley.